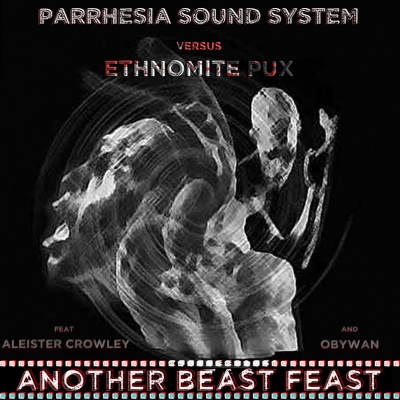 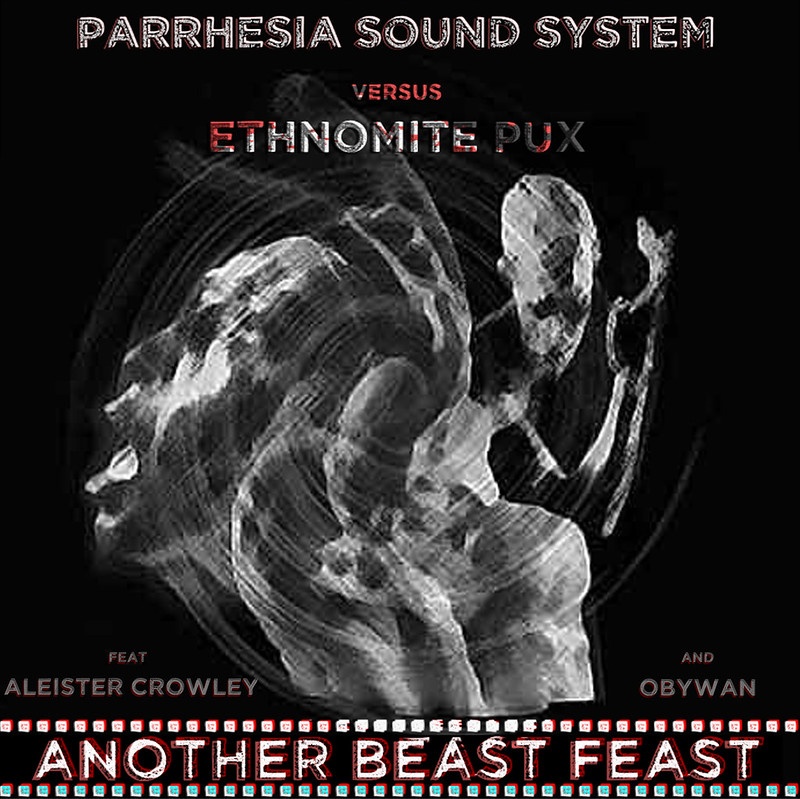 Another Beast Feast by Various Artists

When I received the tracks of Ethnomite Pux I was juggling with the development of several albums, so that it was uneasy to think about a collaboration, but one of them is a kinda tribute to one of my best friend left too young in July involving rADio eNd, PIRATE Tapes, Invisible Illusion, A Symbiotic Experience and Yoshiwaku. But there is no music of this friend inside so I thought about to remix his drum 'n bass tracks for this split album. Also he wanted we do an adaptation song of one Aleister poem, perhaps the hermit, so despite I find it really cliché now, I already did some with Gestalt OrchestrA years ago https://www.archive.org/details/ZvezdaMix and I'm not that much in this energy. I choose to add few of his recordings I had not use at this time.
Next I had a listen of the tracks at their original speed. And I find it really cool to keep them as they catch really my buddy sound perhaps more than his own tracks. Also it's forming a slow ascension to the tempo of the Ethnomite Pux tracks and I enjoy the idea to show how PARRHESIA Sound System is built by slowing down electronic music, same way to give in the titles the ratio keys I often use. Because one day too I will no more be here and it would be such a joy younger generation continue to explore these ways to create music. Except the 4th Ethnomite Pux track made with a loop I nearly only added the sound of a frantic play done with my mini kaossilator.

Another Beast Feast complete very well the tribute "A loss hard to measure" which will be release the 30th september, and includes poems by W.B Yeats.

There is a full album by Ethnomite Pux including these tracks soon release here https://www.ratasordarec.bandcamp.com