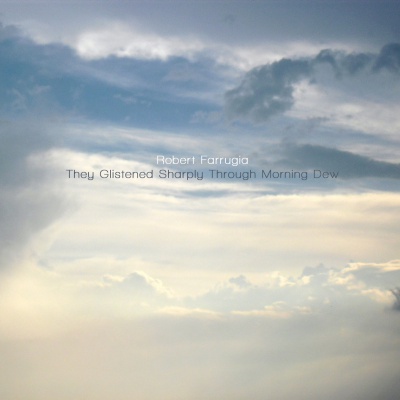 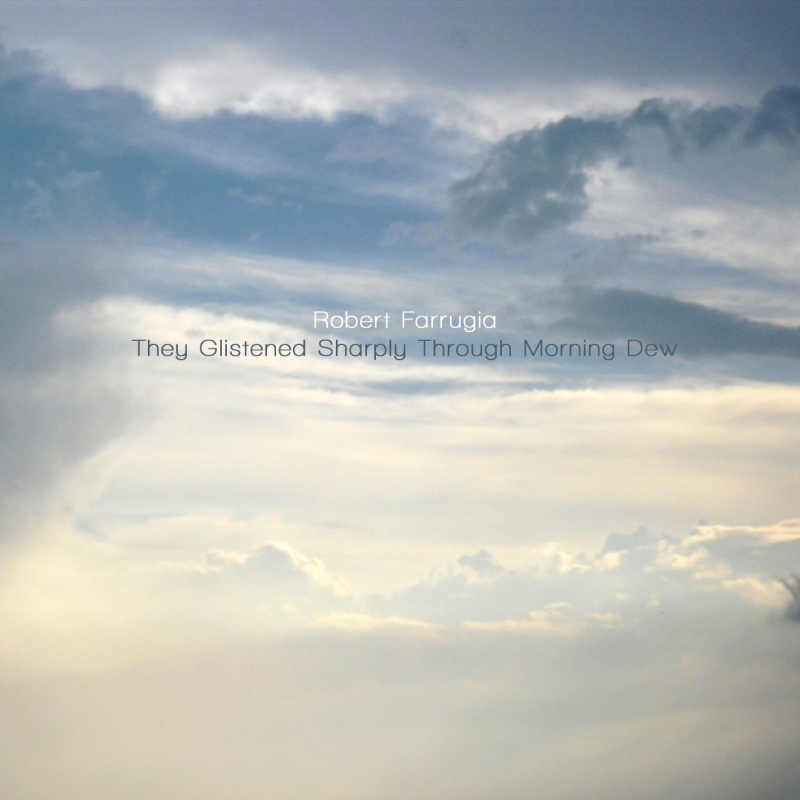 They Glistened Sharply Through Morning Dew by Robert Farrugia

'They Glistened Sharply Through Morning Dew' is a combination of tracks by Robert Farrugia. Robert's work is very notably ambient in style, but not exclusively; there is a distinctive Neo-classical influence on a grand scale, woven throughout his work, which is all the more prevalent in this particular release. This album consists of soothing timbres and ringing piano tones. The music is instrumental with touches of spoken-word samples.

The album starts off with the track 'Everglade'. This opening track's piano melody gradually fades off, reaching into the following track, 'The Snow Began to Fall Again, Drifting Against The Windows'. The latter track features elements of string orchestration and one can say that it is somewhat heavily influenced by the works of Ólafur Arnalds. The album flows into other tracks consisting of rather soothing textures and lush melodies. Nine tracks are featured in 'They Glistened Sharply Through Morning Dew', featuring the title track, accompanied by an alternate version of it during the last few minutes of the release.

The tracks are very short, but still they have an essence of supernova. One can also feel a slight touch of darkness in the album, but it still shines like a diamond in the morning sun. It is a perfect soundtrack for a melancholic, cloudy morning at the beginning of October.