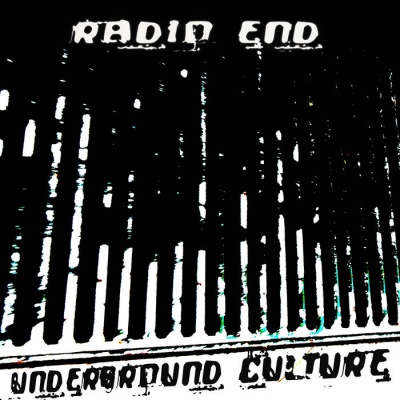 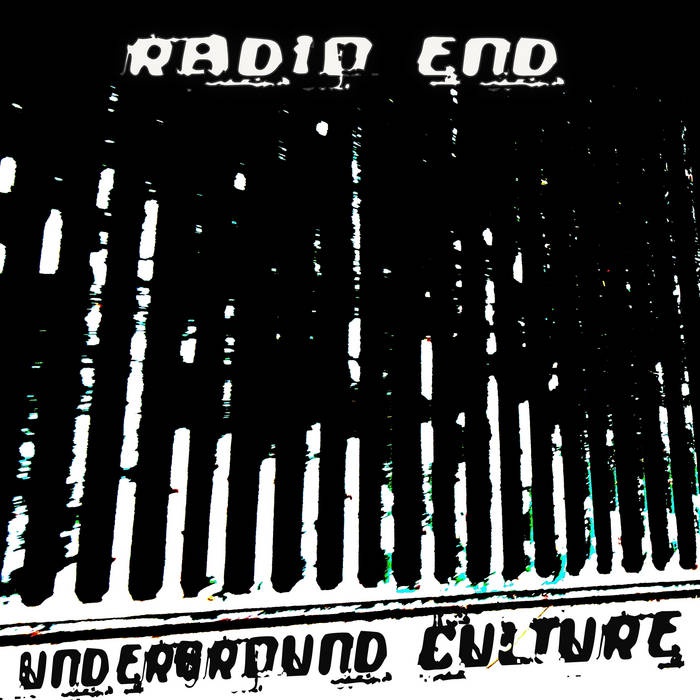 About the surface of this album :
Hypnotic like a free fall without gravity thru altered states... between two parenthesis : the break through and the back to this deadly corrupted world.

About beneath the surface :
Mostly recorded at the same time we released Hum Antenna https://archive.org/details/rADio_eNd_Hum_Antenna trying the best to digg this way, but with free mind, so that's why it's a different trip perhaps more introspective, I kind of mediation. It's hard to create anything artistic in today world. Especially for my example living in france, when I watch a film like 7 Prisioneiros, which shows how the system is built to corrupt anyone, like if there was no alternative between be a prey or a predator, I feel helpless. How can I help, how creating music can help in such a world were life in so many country seems so hellish ? Seems there will be always the damned flag of Punishement Park floating in the dream of most of population. So that's why this music comes to show as well their will be always people not dreaming to become a predator at the top of food chaine, prefering help other humans to remember what is really making beat their hearts. And it's absolutly not the mainstream fake needs provided to stay in the confort zone of the controled consumerism. Amongst many things It could be the way we listen our relationship to any living being, the free share of our skills, the fertile mix of our differences and particulary the love which make us act for the others. All kind of transcendant things which lead us to realise inedit utopias. However freedom and happyness are hopeless if it's not share by all.

A word from Ed End (to be clear that means it engages only me in the project).
These last months I avoided to talk about the situation here mostly because there is no way to have a real discussion. There is no real arguments It's just an opinion war with behind some who believe that a state care of his population and other who believe that a state won't do it. Actually some have no more the same rights than other because of medical excuses.
It's not that new, because in reality it's an universal thing, everywhere the richs are not with the same rights than the poor, just sometime a trial win for hide the rest. But what is new is that they do not dissimulate it. The french state dissalow to their citizen to choice what to do with our body, with our health. No matter if it could be small problems compare to other shits, when I see a racialized mother asking in a small town library if her children 12 years can come and despite the place is empty the employee refuses because of a vaccinal pass. Each one should be able to choice. If someone want to try an experimental vaccine, I'm ok with it, but I'm not ok if this personn spread the propaganda, and social pressure or threats toward the others. I'm absolutly against some pro experimental vaccine people who talk and act with in their mind, constiously or not, the idea that they would get rid by any way of the people doing not like them. Again that stinky idea that the solution to their probleme is to kill the different ones. I don't care if they are drive by the fear or control by the state or just mindless. That is inacceptable.

This said I'm doing industrial music because I criticise any control mechanism, I could say anything relevant or whatever, that's matter not that much. I could say that you should think by yourself, the process will be still a spokesperson saying you what to do, so it sucks anyway.
Everything is about control or conditionned selfcontrol dissalowing you to think by yourself. It's up to you to shut down the power. I hope you can feel how to escape from the matrix.

Perhaps you'd better stop drink that milk and honey, catch your train to the underground railroad ?

rADio eNd is a process more than a simple musical project...
More informations about rADio eNd on the official page
http://horsnorme.org/rADio_eNd/rADio_eNd_english.html

Special thanks to anyone keeping alive the humanity fire.

Dedicated to all the underground pioneers helping their fellows to escape the matrix.