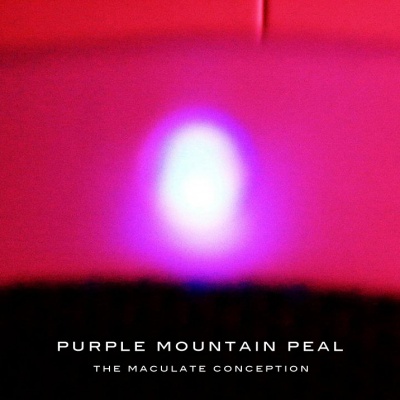 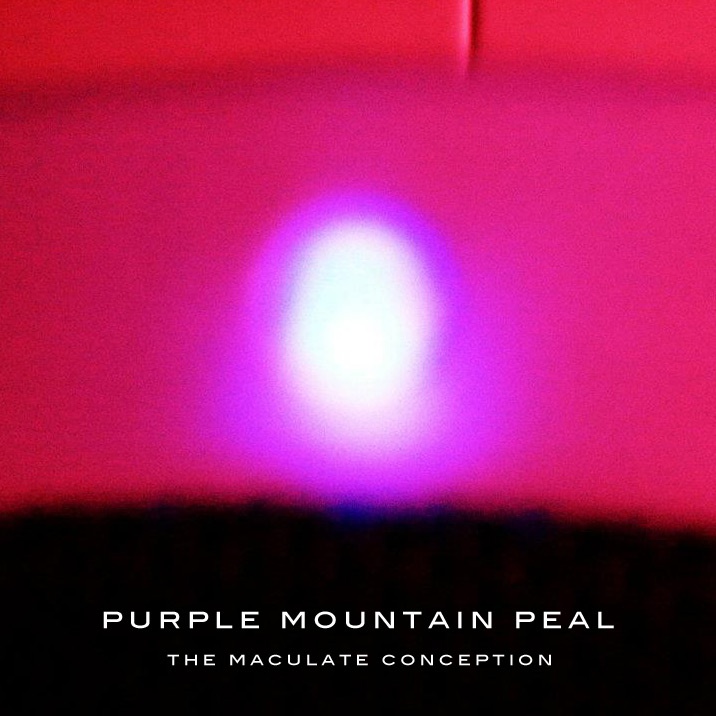 The Maculate Conception’ is the first release by Purple Mountain Peal. Recorded by Gaetano Fontanazza and Tony Colina between 2012 and 2013, it features six tracks for about sixty-five minutes’ music in which piano and keyboards improvisations are processed live first, and subsequently enriched with guitars, drones, soundscapes and quirky rhythms.
The release opens with ‘Engines Off’, where sparse electric piano notes are glitched in an imaginary landing by a starship on an unknown planet. The alien atmosphere continues with strange chords until an unever rhythm track kicks in, just to disappear some minutes later. Now the starship is ready to take off again. Unless it has come to the planet to stay.
‘The Passage’ opens with a repeated minimal organ pattern sounding like... the antiphon to an arcane religious ritual. An eerie melody interacts with the pattern, accompanying the listeners/voyagers in the passage through which they have to walk in this travel. Some rhythm tracks counterpoint the church-like organ sounds, as if a subterranean train was just passing by in the distance. but the voyagers must walk to their destination, and so any rhythm disappears until the end, where only floating sounds are to be heard.
In the third track, ‘Ghosts on a Carousel’, ghosts ride the rusty hobbyhorses of an abandoned carousel. The echoed piano melody backs up distant guitar notes as the dead carousel spins and spins on the empty sea promenade.
The longest track in the release, ‘Doll’s House in an Attic’, kicks off with a mesmerising electric piano ostinato which sets the spinning-top mood of the music going. Guitar lines interact with the repeated notes, creating ambient textures and soundscapes that give depth to the music. when the ostinato stops, a kind of quirky jazzy improvisation follows. Sparse notes of piano and guitar like in smoky clubs at the end of dark alleys. Then it’s back to the initial theme, towards an entropic end.
The title track starts with deep echoing notes from the bottom of ancient caves. Sinister whispers and guitar soundscapes appear from nowhere, clusters of chords and glitches take the sonic landscape to other dimensions, where sound floats free and drifts into nothingness.
‘On the Deck of the Drunken Boat’, the last track in the release, is an offering of multi-echoed piano notes which fall and sprinkle and cavort like motes in the air. Some jazzy touch in the melodies and the phasing herald the long, distorted notes of the guitar, which soar above the piano, in the distance. then it’s again night-time quirky, echoed jazz, until closing time, as it were, when we go back to the same eerie levity it all began with.
- Tony Colina