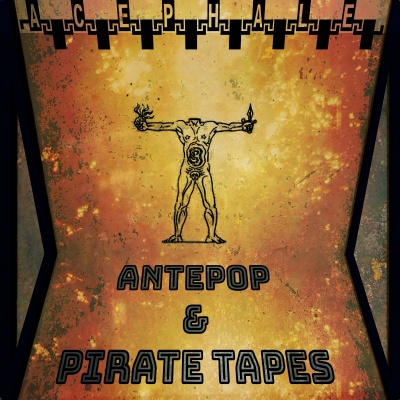 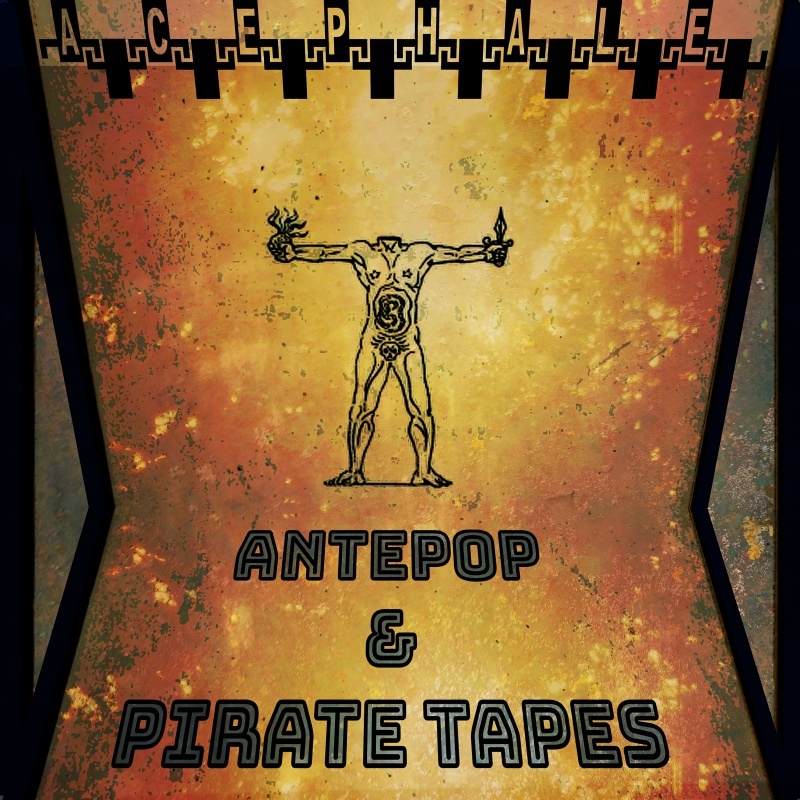 ACEPHALE by ANTEPOP & PIRATE Tapes is an album created for Le Camembert Electrique netlabel https://camembertelectrique.bandcamp.com/ based on the self-titled french poetry review and hosting few other poems by Georges Bataille, available in free download here https://archive.org/compress/ANTEPOP_PIRATE_Tapes_Acephale/formats=VBR%20MP3&file=/ANTEPOP_PIRATE_Tapes_Acephale.zip
For Flac and Wav formats it’s in paywhatyouwant zero include here https://camembertelectrique.bandcamp.com/album/ac-phale

The Acephalus includes the minotaur, Dionysus, Oedipus. He is an incarnation of the Nietzschean Superman. "He is not a man, he is not a god either, he is not me but he is more me than me".
Acephalus recognized the intimate link between eroticism and death and he was able, thanks to that, to kill the father, to kill god, he cut off his head to have access to a higher lucidity and to obtain a belief.

This quote from ANTEPOP could suffice as a unique presentation of this album, yet I would detail a little its creation and its underlyings.

Was it chance that put Georges Bataille back in my path?
Years ago, I interpreted the Solar Anus https://www.youtube.com/watch?v=m0oPNLBK9-U charmed by its transgressive dimension, without however pursuing the exploration of his work further. Then during the 2016 edition of Back To The Tree event I discovered the existence of Acéphale thanks to a conference by Laurent Devèze https://www.youtube.com/watch?v=G4AosZvpo4E more enthused under the trappings of this strange cult is the back-to-nature dimension relatively similar to Henry David Thoreau's Walden. Poetry is a sensitive tool for connecting to the universe and in the era of screen partitioning this reminder seems relevant to me. Also since the creation of the french website for the review "Le Grand Jeu" http://morne.free.fr/celluledessites/Game/index.htm it's been my hobby to exhume the poetic journals that have emerged in over time in France. So after the review "Discontinuity" https://archive.org/details/pirate_tapes_discontinuite it made sense that PIRATE Tapes presents some excerpts from the review "Acéphale" accompanied by other poems by Georges Bataille. Also we are very happy that the lyrics are in french language, because despite the audience for musical experiments is very small here, it matters a lot to be able to use our native language in our music. If you want to get the english translations seems it's findable online.

Originally, because of many affinities, I wanted to make an album in collaboration with ANTEPOP for Le Camembert Electrique. Hence the titles taking up the process of making the cancoillotte, just to not take ourselves too seriously and thus enjoy greater creative freedom. A first piece was extracted from this improvisation session and was completed by a field recording in order to participate in the Phonographies compilation https://camembertelectrique.bandcamp.com/album/v-a-3 This process therefore imposed itself as obvious for the development of the other tracks on the album. It is also the only track that has not been supplemented by poems. Curiously at the beginning we had recorded poems by Apollinaire, it was only later that the paths of intuition led us to prefer those of Georges Bataille. The verses of the unpublished Acéphale questioned me a lot, to the point that I hesitate to include it, but I preferred not to censor it and leave everyone free to make their own interpretation. It may be interesting to keep in tune with the present time, bringing hope and serenity, when its qualities are sorely lacking in the world in which we live. But it would be to misunderstand the mere revealing nature of art to seek to polarize it. It seems to me vital to preserve the roughness, the wanderings of thought, all that for me makes sense in the writings of Bataille is precisely to confront the monstrosities to question our dark side and perceive our deep non-dual nature. For me in everyone is the universe, all the good as all the bad, it is our choices that guide us, our actions that define us. Hence, the importance of the presence of monsters in fiction, like in the subconscious, not only allows them to be contained, but is also a space that allows them to be studied without real risk, like a virtual box machine that allows you to test a potentially dangerous executable. It is not by sanitizing the past, by practicing censorship, by concealing the traces of obscurantism that one can protect oneself from it*. On the contrary, it is by allowing us to experience confronting ourselves with what bothers us and therefore to train ourselves knowingly, that we can develop a critical mind that makes possible a future that does not reproduce the past mistakes.
As for the Acéphale, if my heteronym Ed End has the same meaning, it is not for nothing and that explains why it was difficult for me not to interfere more than I would have liked in the ANTEPOP part of this album. So which is actually more a kind of antepop ante-pirate tapes participation. Isn't a part of the reason one loses one's head to try to know the others better?

* Just to be clear, I specify that as much as I find it dangerous to rewrite past fiction as much as I find it necessary to intervene in the public space because in this case it is a question of putting an end to the glorification of monsters. Although my creative vision would be rather than destroying a statue of Colbert to put in front of it a statue of a slave who breaks his chains.