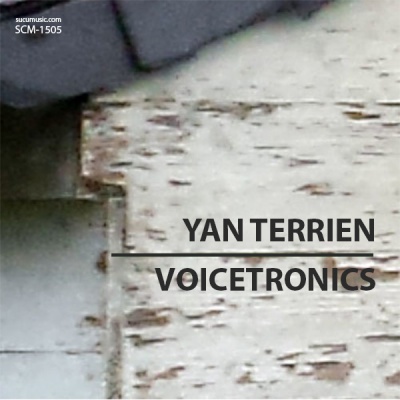 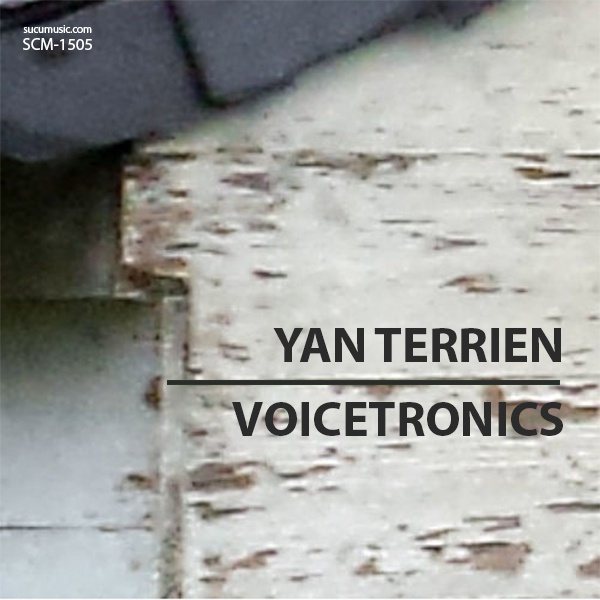 ‘Voicetronics’ is a set of short compositions by Yan Terrien based on excerpts from philosophical discourses on existence.
The tracks are articulated around the voices of such philosophers as Alain Robbe-Grillet, Michel Foucault, Guy Debord, Pierre Desgroupes, Boris Vian.

This is electronic music pared down to its essentials, sometimes it acquires a sort of aquatic nature, and dancing to these sounds and beats is not the priority here, whereas introspection and reflection certainly are.

We kick off with ‘Esyok Teraz’, in which the reiteration of a harmonic figure, backed up by metallic rhythm, creates a somewhat cool background for a voice reading extracts from Alain Robe Grillet.

The second track is ‘Kel Dan7’. Here the electronic beat creates a foundation on which a voice speaks about ‘the experience of death’ as seen by Michel Foucault. Again, the flow of both sounds and percussion is quite laid back, and it invites to introspection more than dancing.

With ‘Golpin Dros’ Alain Robe Grillet comes back. This track is more spacy than the previous two. Images of future metropolises at sunset and the arcane atmosphere of some cybernetic landscape above which soars a voice that is sometimes processed thus becoming another sound on sounds.

‘Bhalaad’ begins with a malignant voice that speaks on a flying carpet of synthesizers creating a harmonic riff that gives depth and space to this short-length aural trip.

Rhythm comes back in ‘Meltan Sep’. Synthesized bass and drums, along with sparse scratching make up the more danceable track so far. No deviation from the norm constituted at the beginning of the track. None needed.

‘SA3’ features some rhythm loops and a voice which is abundantly processed and decays in a multitude of whispers and insect-like sounds with which it approaches and reaches its end.

Repeated numbers echo in ‘Kountz’. The loops and repetition these male and female voices create is all that there is to the track. All that it needs to be. A masterful example of how you can achieve very much by employing very little.

‘Beu Nem Pa’ is based around a woman’s voice whose words are cut and looped and echoed and pasted together. The deconstruction of a discourse construct a track that clocks off at just one minute fifty-five seconds, but could go on forever and you would keep on wanting more.

‘Everyday Life is a Popular Hoax’ closes this striking work with the pulse of a rhythm section of bass and drums which is set off by voices only, the narrating one and the sampled ones who act as subtle counterpoints to the flowing of the beat.