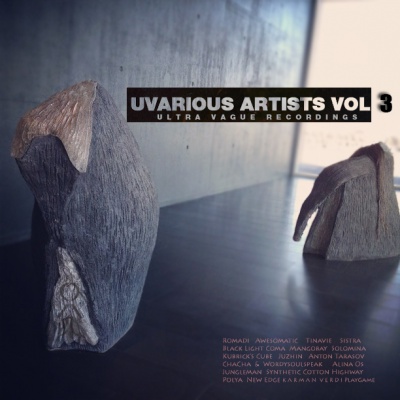 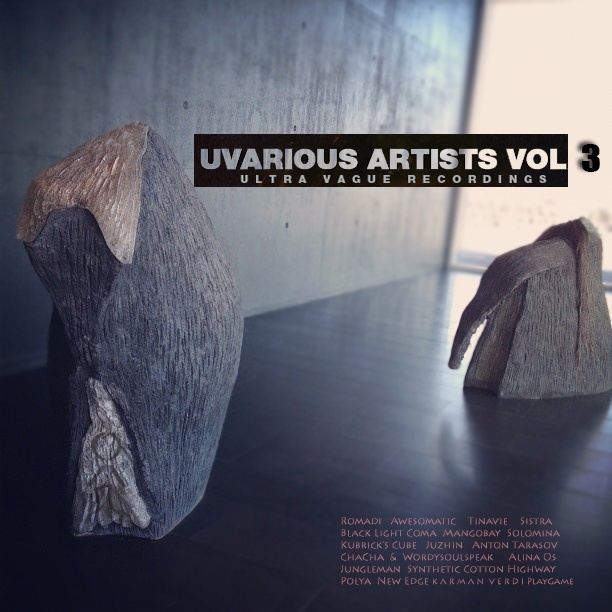 It took me quite some time to put together this release. I've spent most of it traveling and listening to music. Every city I visited had it's own vibe. There is just one non-slavik track despite 2 previous compilations.

Romadi - Sometimes is giving you the right emotion you sometimes might get. Don't worry and change your state of mind so you are in the flow of life. romadi.ru

It's always awesome to listen to Awesomatic (Dj Ekspert & Jeremiah of Antenna project), it's positive and makes you fell the nice vibe and you don't give a damn 'bout a thing. awesomatic.info

Mangobay - Invisible Man, sometimes everyyou can be invisible to the whole world and it's good, but make sure you're visible to yourself otherwise you gonna be lost, dude. mangobay.yolasite.com

Tinavie - 7778, each time I hear this song, I'm automatically finding myself in Reykjavik, walking the streets towards the Bjork park and it's peaceful and calm
tinavie.ru

Solomina - this girl from Kyiv, can sing her heart out. Her Country / Pop songs always warm and cheerful. "Sunshine" is so damn good, I'm really glad to present it to you. NB. the rights to the track belongs to Oxenuk music corp.
fb.com/Solomina

Kubrick's Cube - Bright, outstanding chill electronic track with post-dubstep elements and deep atmosphere. This tune was originally released through Ultra Vague Recordings a couple months ago and received great feedback from around the world. Make sure you listen to the whole album. kubrickscube.com

Black Light Coma - Colors, another new artist from Ukraine capital. He did a great job recording his debut song and shooting a video for it. Such a great vocal line and melody, he's gonna be huge! soundcloud.com/blacklightcoma

ChaCha & Wordysoulspeak - One More Day is the only foreign track on this issue. I love China and really excited to present a Chinese track on my compilation! I'm working on an Interview with ChaCha (voice) soundcloud.com/chachachina, so you'll get to know the project better and learn how they make trip-hop in China.
wordysoulspeak.bandcamp.com

New Edge - Unmade Beds, I'm really thrilled to present this track, from New Edge coming album Stars All We Can, which is set for release for September as well. Especially because, for the first time, it has vocal parts recorded by Iva from Moscow band White Slaver whiteslavermsc.tumblr.com. Unmade Beds is a great trip-hop song. fb.com/needge

Sistra - Gentle Dead People, coming from a cold place in Russia and now settled down in Moscow, this band is so good on stage. The rhythm divine and energy you feel listening to them makes you go insane. There is a couple of days left and you have a chance to support the band on MTV U.S. "Artist of the Week" mtviggy.com/blog-posts/artist-of-the-week-vote-for-your-favorite-81 Luckily, I have one more news to come, I've finished remixing this song and it's gonna appear on Sistra's remix CD along with the video.
fb.com/sistragroup

Alina Os - Moya Moskva (My Moscow), what a beautiful voice that girl has! Deep meaningful lyrics, acoustic guitar played folk songs in soft and alight soul and r'n'b manner. She sings in Russian and it sounds great even to a non-Russian listener. Definitely one of the best new Russian folk artists.
thankyou.ru/music/hip-hop/alina_os/albums/acoustic

Polya - Kaplyami (remix by Highway), this song from Sevastopol producers has so much of r'n'b and pop influence. Polya polinaloves.com has a great voice, her tone reminded me of Christina Aguilera a bit.)) soundcloud.com/highwayp

Juzhin - Wonderful, there is Jason May behind this downtempo, trip-hop, lounge, instrumental hip-hop and sometimes even post-rock sounding project. fb.com/JuzhinMusic

Karman Verdi - Japan, I share the passion for Japan and really like this track from Russian producer Oleg Gabisov aka Karman Verdi. It's so much like I picture this beautiful country in my mind.
soundcloud.com/karman-verdi

Synthetic Cotton - Notes From The Underground, imagine an Alien retelling you a story Notes From the Underground by Fedor Dostoevskiy, it's kinds cool, isn't it?) Awesome Russian meaningful lyrics and mesmerizing music is all you need to get into your subconscious. soundcloud.com/synthetic-cotton

Jungleman - Wonderlands, the destination for each of us. I know Andrei Popov, band's leader, as a great guitar player, once he was awarded by Jeff Back himself for his talent. This time the band presented a lounge ballad that intend to take a listener to a world hypnotic bow guitars and unearthly sounds.
vk.com/junglemanband

PlayGame - Forbidden, I didn't want to leave these guys behind even the music is kinda too rocky for me, but they are good. Lead singer is really cute and has a strong voice. Track Forbidden was originally released on their debut album Forbidden. So check it out! playgameband.com