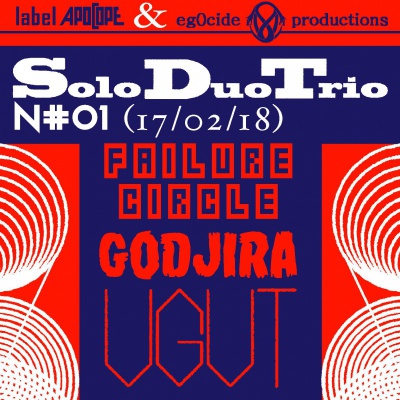 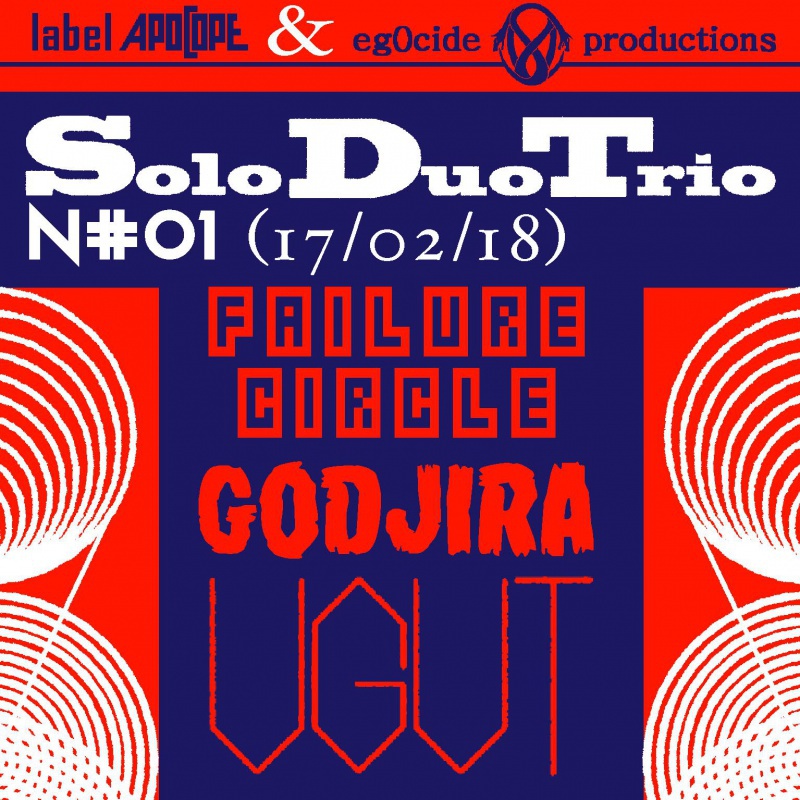 Eg0cide Productions teams up with another french label, Apocope, to organize live concerts folowing a simple format: three parts, one solo, one duo, one trio. Artists are invited to present new projects, and to try to new encounters (for one live set or more). Each concert is recorded, and then made available for free download. This project aims to present a panorama ofthe vivid & diverse french the experimental scene at a given time. All these recordings will be co-released by eg0cide and Apocope’s digital section.

The first event of this serie took place at La Pointe Lafayette on february 17 of 2018.
It featured :