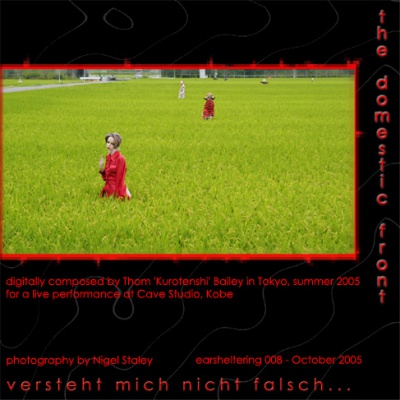 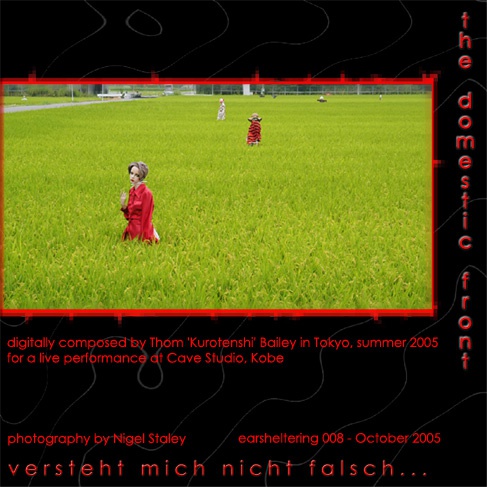 in memory of Jhonn Balance, Koji Tano and Fritz

© the domestic front 2005
earsheltering 008 - October 2005
" Here is the latest composition from The Domestic Front. 'Versteht mich nicht falsch' is a further refinement of what composer Thom K Bailey calls 'disorientation music'- a sound inspired mainly by half-understood languages and half-remembered dreams. The atypical rhythms, ambient swells and split-second sound-spikes of 'Versteht..' Take up residence on the edges of perception. There is a constant rate of exchange between sounds, like wandering in a jungle of technoid mutant creatures. A treat for adventurous synaesthetes. Listen to this one and enjoy being lost."