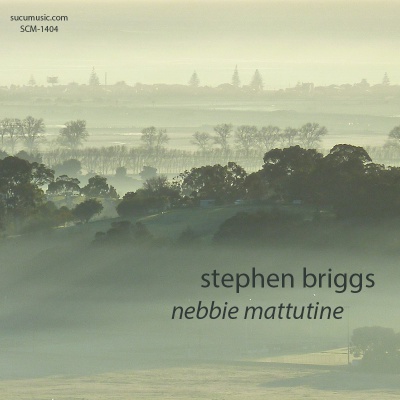 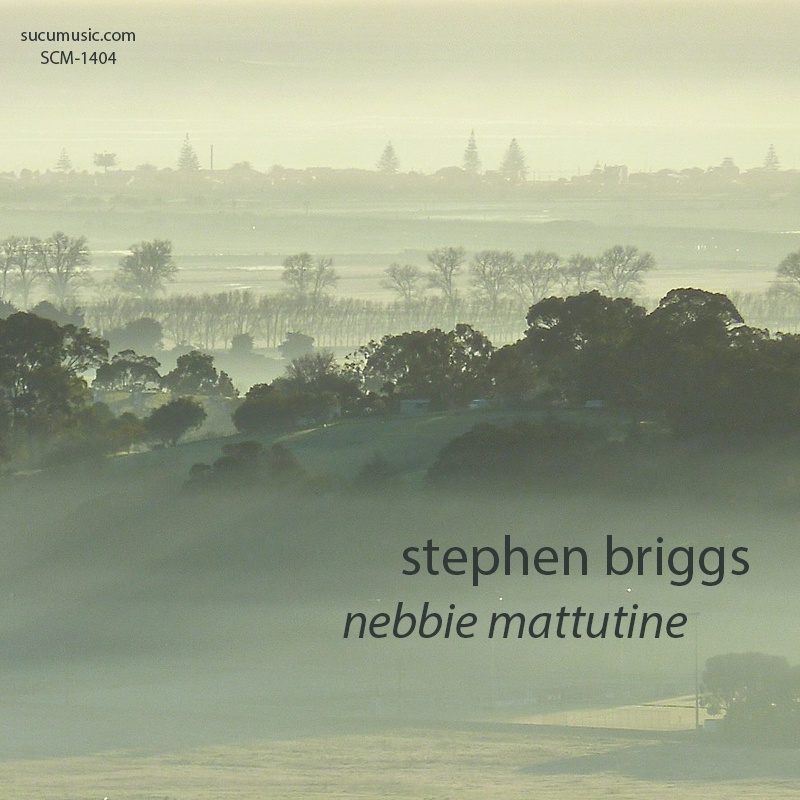 Don’t get fooled by the title of Sucu Music’s new offering, which is Italian for “Morning Mists”. Stephen Briggs is a guitarist from New Zealand whose inspiration seems to be international, judging by the multilingual titles he gives to his tracks. “Nebbie Mattutine” is a very fine example of guitar-oriented ambient and soundscapes album, ranging from quiet, gentle sounds to noisier, darker tracks which add new dimensions to his sound palette.

The first track, Hola (Spanish for Hello) falls in the category of smooth, relaxed soundscapes and guitar textures which are ideal to convey the idea of such a morning and a landscape as that pictured in the sleev of this album. The track creates an atmosphere of expectation and adrift-ness which goes on uninterruptedly until the end as a lullaby from a faraway planet.

“Una Volta” (Italian, again, for Once Upon a Time) follows the path created by Hola. Again, we have aerial melodies of acoustic and electric guitar (this latter with some Evening Star era Fripp echoes). The absence of rhythm adds to the spacey nature of this music, which rolls on like peaceful cascades of dry ice from azure cliffs. A perfect soundtrack for daydreaming.

In “Hash e Ovos” the atmosphere is darker, the acoustic and electric sounds are more sinister, although never gloomy, and the feeling you get is like being sucked into a fairy-like cave of wonders and unexpected suprises. A gentle acoustic guitar arpeggio is offset by electric sounds and the journey passes across galaxies and stars to the next space station and the next adventure.

“Fuzz en Karbonades” shows a spacey fuzz guitar soloing on acoustic guitar chords. Echoes of Ash Ra Tempel or even 69-70 Pink Floyd hoover along this dreaming track which would be best listened to sitting on the top of a hill at sunset, or dawn.

“Lystighed” (don’t ask me what it means) features melodies of echoing guitars that create a gentle ambience for a couple of minutes. Then the atmosphere changes, it becomes more suspended, foreboding doom or the dawning of a new star. Distortion like spaceship engines roaring past in time and space warps. After that, we’re back to the opening dimension, with the melodies we left and the gentle soothing sounds of guitars lulling us into a deeper state of comprehension.

“Grandiosità” is Italian for Grandeur. And grandeur and vastness is what comes into mind on listening to these boundless sounds. Something like Edmund Burke’s theories on Sublime as something immense, vast, which fascinates and terrorizes us at the same time. Images of blue deserts where ruins of crystal pyramids crop out of the sand. On the horizon, three white suns and silent wakes of alien shooting stars. For this is when it is beautiful to get lost in the wilderness.

The title track, “Nebbie Mattutine” (Morning Mists) takes the listener to a plateau from which the whole world can be seen. The sound seems to breathe or blow like a gentle breeze, and it is the pure magic of chords that creates rhythm-less eternity. From afar, suspended notes map unseen routes and the feeling is like gliding on a warm afternoon.

The closing track, aptly named “Fin” (French for The End) recapitulates the ethereal mood of the whole album, with sparse notes that seem to lie down on a magic carpet of chords. The album closes with a sort of elegiac note which invites to introspection and reflection “until the last syllable of recorded time” and beyond.