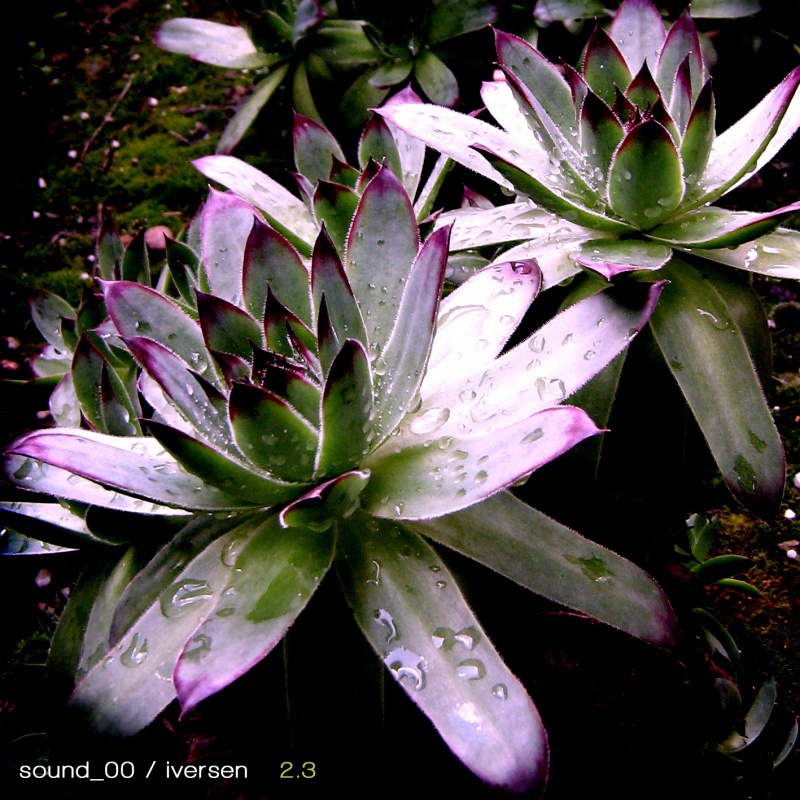 Sound_00/Iversen continues their exploration of minimalism on the third post global release. Ambient drones from field recordings and electricity, a trip of abstractism and the outerworldly, and just as much a trip into the concrete, into nature, life itself.

Toni Dimitroff and Jan M. Iversen were already collaborating for some time on various pieces by now. This is their second time after their first self titled 7" released on Dirty Demos label in UK. After five years of silence between them, they gathered again on their new material consisted of drone/ambient pieces evolving through whole duration of 1 hour and 40 minutes than divided in three separate releases, released for three different labels. The base of the material is field recordings made in untouched nature on Macedonian mountains than edited in the collaboration/communication process on direction Macedonia - Norway, between this two artists coming from two different parts of the world. The communication process in creating of the material was developing on several different levels. First level is the communication between the artist and the nature. Toni was doing the field recordings in the Macedonian mountains and villages on his trips and climbing. Second: the communication between the artists coming from two different parts of Europe, exchanging of the material, the files, the thoughts for the development of the material, and the third is the communication between the artists and the software/hardware, shaping the field recordings into subtle evolving drone to the unrecognizable level.

The name of the release is referring that this is the third installment of the second collaboration material between Dimitroff and Iversen. The second one is released on the label Panospria in Canada as mp3 and the first one will be released on tape on before mentioned Dirty Demos. Looking forward to their new collaboration that is already on its way.