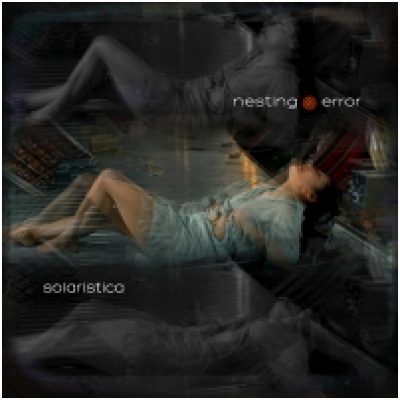 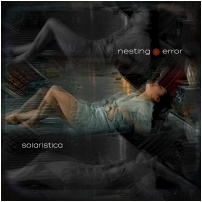 Although it may seem like yet another album dedicated and / or inspired by the famous and absolute cult movie "Solaris" by the great russian director Andrej Tarkovskij; "Solaristica" looks like an experimental music project, a soundtrack related/dedicated only to a handful of seconds of the film and precisely to the "convulsive resurrection" scene of the “alien” character Hari shortly after attempting suicide inhaling liquid oxygen. The scene of the film is violent and captures all that sense of coldness, resignation and psychological pressure subjected by the few occupants of the space station, unwelcome guests orbiting the planet Solaris that cynically reveals his hostility materializing anxieties and regrets hidden in the hearts and minds of the occupants forced against their will to withstand pressure and psychological depression encouraged increased, in this case, by a rhythmic and deepest music wherewith the italian duo Nesting Error has created a musical theme played, resonated, remixed, chased and intensified by an obsessive rhythm created with a clear idea of experiencing a new and minimalist mode through the use of electronics equipment and tools such as Tenori on, deepest and dark synth pads, and an electrified Theremin with a totally distorted sound; an arrangement suitably designed to fill spaces already tight and claustrophobic of a space station from which once entered it seems impossible to get out.