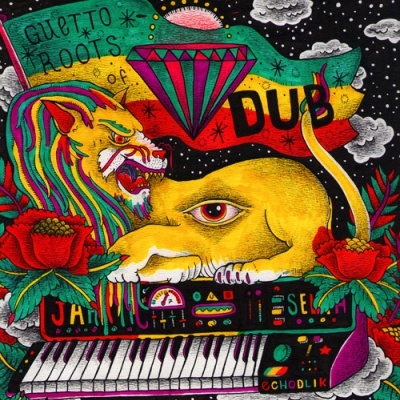 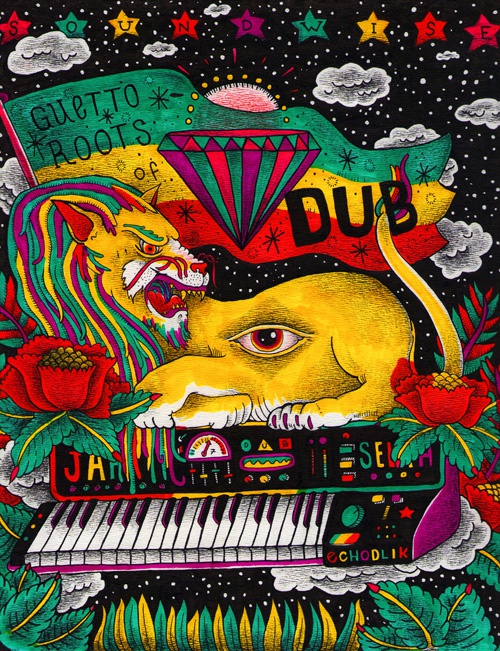 It all started a few years ago in Argentina in the “Lavadero Records Dub Temple” when some childhood friends were sharing their passion for “di roots & kulcha music” and exploring the dub sounds and the Jamaican tradition. Past, present and future are represented in their sounds. Analogue vibes meets the new waves of dub vibrations of the 21century. After some time they moved to another place called “Cuca Roots” where they recorded some dubplates included in this album (Dubophonic head special, More dub, Another dub in the guetto) and now they are building a new studio called “El fuerte dub foundation”.

All members of Negritage, William, Nacho, Leo, Pato and Herno have played together since childhood and are still play together almost every weekend, continuing their musical journey, helping each other to record the instruments for the tracks.

Negritage’s gear is whatever is available, some time analogs other times digitals, mixer consoles for the overdubbers, a turntable for the vocal samples, sometimes a Kawai drum machine from the eighties.

“Don’t forget we are children of di third world so the gear its a few years delayed or its to expensive but this is not a problem to continue with the positve vibes mi amigo the creator allways provide!”

“Give thanks & praises to all di artist who collab whit Negritage and inspired to create dis soundz. They are: JamYork original roots defender activist, Sennid di migthy voice of thunder of Jah. the great Sammy Gold, the Dub dillers dub foundation of di third world. Spesahl greetings to all dub-o-phonic family for di support! Heartikal salute to all di dubbers all ouvah di world and for all di people who promote the roots & kulcha message!”