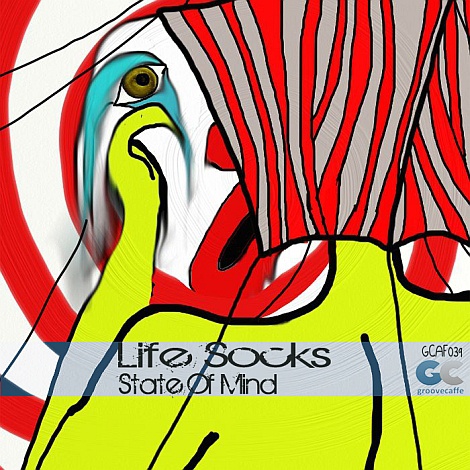 State Of Mind by Life Socks

Not too long ago when he gathered the courage and harnesses his creative gyre in the creation of this diverse genre, album but still stylish and close in the wake of his first edition of "Dream Vending Machine."
The album opens "State of Mind" subtle ambient themes as an excellent introduction to the music story that he wants to tell you. Inspired by his musical role models, Life Socks deftly combine a variety of influences into his music, giving it a new dimension and space.
His skillful artistic coloring and somewhat experimental arrangement completes this edition as its comprehensive and mature release. After the album by listening to the end, start over again because each new listening will reveal the layers of this fantastic new album, briefly described, beautiful, diverse, mystical and melodious.