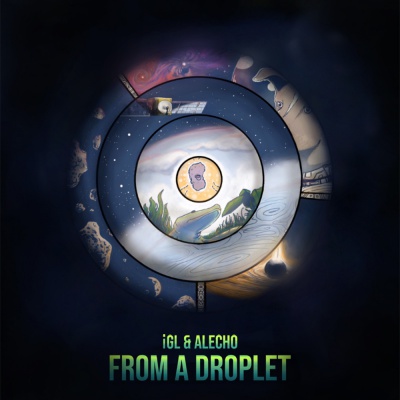 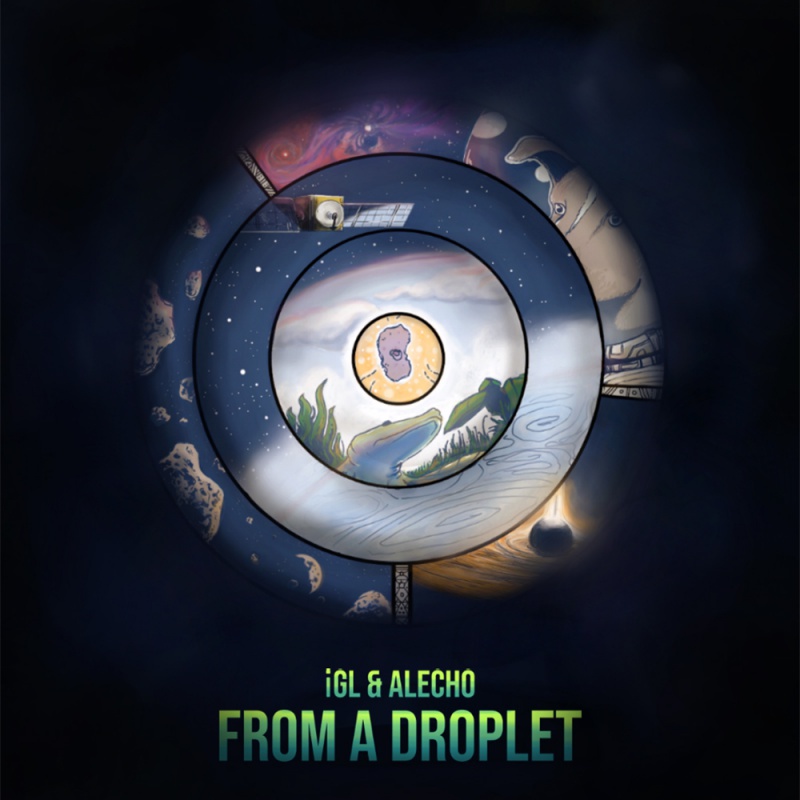 From A Droplet by iGL & Alecho

iGL & Alecho is an electronic music project from Athens, Greece, consisting of Konstantinos & Alexandra. The duo made its first appearance on Dubophonic Records during its live session at the Lockdown Online Festival, while their track “Time Capsule” was included in the compilation “Explorations In Dub / Lockdown dub” in year 2020.

From A Droplet” is their debut album release. It is the story of a small atomic structure and its journey to the stars. So significant was this molecule’s appearance it would change worlds and be the matrix of life on this planet. It is a conceptual dub album revolving around the journey of life, from the water to the stars, as it is described through the titles of the tracks, but also through the inspiring artwork.

A special moment in the album is the track “Limbs”, which includes a melody from Barrington Levy’s “Shine eye Girl”, which is completely reworked. We have also included as a bonus a bonus remix by Indamouse.