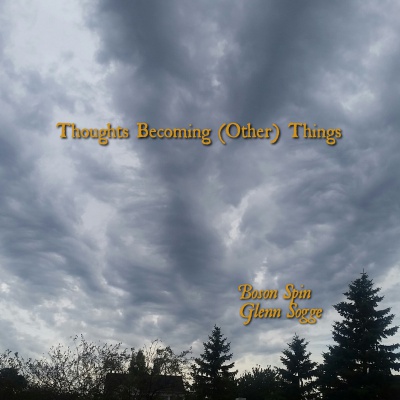 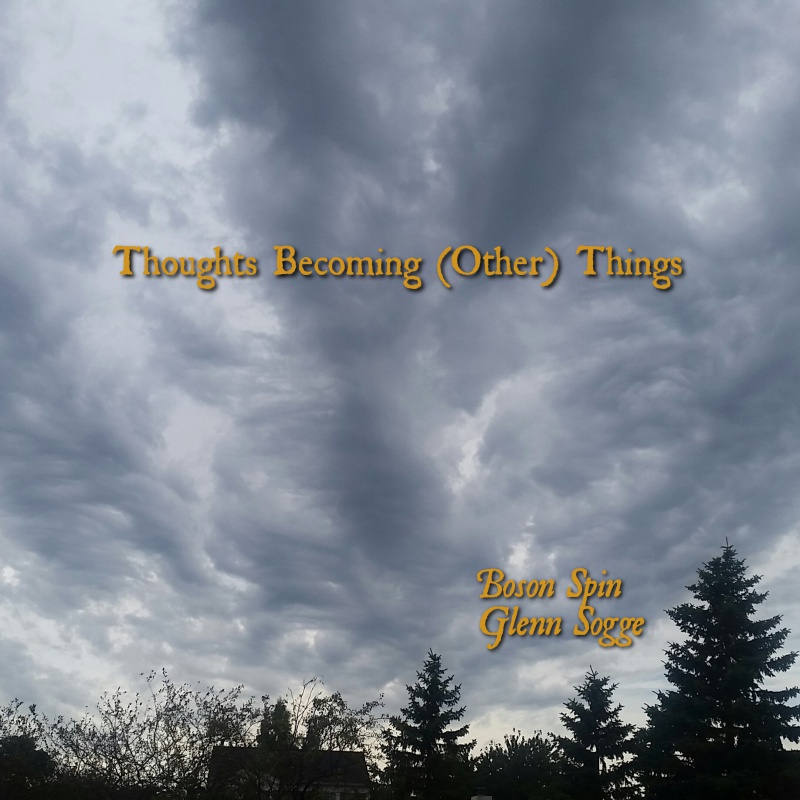 Even though they live on continents around the world from each other and have never even talked, Boson Spin (Stan Magendanz from Brisbane, Australia) and Glenn Sogge (Illinois, USA) have managed to forge a strong collaborative connection. With many dozens of tracks under their belts — ambient, experimental, dark ambient, and poetry-inspired challenges like the Naviar Records Haiku and Renku ones — they have developed a working relationship that fits like a glove even when it goes in unexpected directions.

“Thoughts Becoming (Other) Things” grew out of the beginning tracks from Boson Spin (a series titled “Thoughts Becoming Things’ that Sogge (without warning) then embellished. As the series continued, it became like a game of chess. Who was going to be surprised or challenged by the next file crossing the aether?