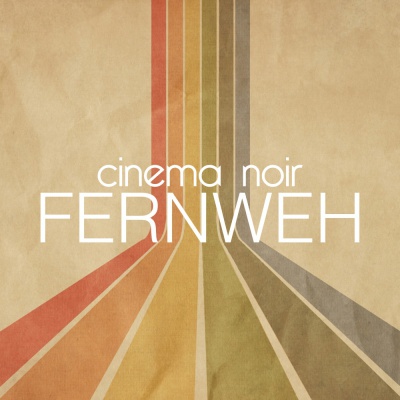 After an EP (2012), a track (alternative take) in the anniversary compilation (2013), and a CD (2014); the band CINEMA NOIR from Palermo returns with "Fernweh", a new album of electro post-rock sound with a maturity and a strong inclination towards a precise experimentation magically expressed with songs marked by the major presence of electronic than previous works and without any intention to retrace styles and paths already undertaken over the years. The need to explore new sound spaces and new methods of confrontation are apparent in a collaboration with the band VEIVECURA knowed during their concerts in the summer of 2014, in a track played each other and in the very successful reinterpretation of the song "Alice" from the first EP "Children kill ants" (2012) now electrified and transformed into "Parrots And Palms"; architects of a need for renewal and sudden upgrade of themselves and with few but effective words presenting their album:

Fernweh is nostalgia of places never visited, it's the uncontrollable desire to leave, travel, explore. This album explores unusual musical lands and at the same time familiar, featuring collaborations and musical exchanges. The album is characterized by post-rock in symbiosis with electronic wisely dosed, trademark of the band that this time he meets a formula not yet experienced by the band: the collaboration with other musicians. The indie-pop VEIVECURA, creates a strange and fascinating musical mix for a two-way comparison (Fernweh and Persepolis)
CINEMA NOIR